In response to inquiries the committee planning Judge Carr’s Retirement Party has asked HCBA to let those attending know that casual attire is appropriate.

Please join us for a brief one hour lunchtime CLE presentation.  This month’s topic will be Minnesota Mutual Insurance, “Competence, Communication, and Conflicts: Avoiding Ethical Complaints and Malpractice Claims.”

Please bring your own lunch and refreshments

Please note that today, June 1st, marks the beginning of a new year for the HCBA. Invoices will be sent out via email beginning today to all members for Membership Dues so please be on the lookout! If you do not receive an invoice within the next week please contact Executive Director, Genavieve Shipley, at harcobar@gmail.com.

The Harford County Bar Association would like to congratulate Honorable Susan Hazlett for her feature in the Daily Record’s 2017 Leadership in Law!

The article on our very own Judge is located below:

District Court Chief Judge Morrissey said, “Judge Mitchell is ideally prepared for this new role.  She brings substantial expertise from the bench and has exemplified great stewardship of the Judiciary’s commitment to fair and accessible justice for all.  As a leader in the court, Judge Mitchell has earned the respect of her colleagues, and I look forward to working with Patti to continue the initiatives undertaken by Judge Wolfe.”

Chief Judge Barbera said, “We are grateful to Judge Wolfe for his service as District Administrative Judge on behalf of the people of Montgomery County and Maryland.  I am confident Judge Mitchell will build on his achievements to provide effective administration of the District Court facilities and services in Montgomery County in order to meet today’s needs and tomorrow’s challenges.”

“It is a unique honor to serve Montgomery County because this is my home. I grew up in Garrett Park, graduated from Walter Johnson High School, and earned an associate degree from Montgomery College,” Judge Mitchell said.  “I started at the Montgomery County District Court after high school in the clerk’s office and was a District Court Commissioner from 1975 to 1980 while I went to law school at night.  I have been fortunate throughout my career to learn from and work with highly skilled and dedicated judges and professionals.  I am grateful to Chief Judge Morrissey and Chief Judge Barbera for this opportunity.  I look forward to working with my colleagues in this new role as we provide efficient and accessible services and ensure the effective administration of justice in Montgomery County.”

Judge Mitchell has served on the Montgomery County District Court since December 2, 1996.  After graduating from the American University in 1976, Judge Mitchell earned her Juris Doctor from the George Mason University School of Law in 1980 and was admitted to the Maryland Bar in 1981.  She was law clerk to Judge William M. Cave, Circuit Court for Montgomery County, from 1980 to 1981.  Before she was appointed to the bench, Judge Mitchell was an attorney with O’Malley, Miles, Farrington & McCarthy from 1981 to 1982, the Office of the Public Defender in Rockville from 1982 to 1983, and Donahue, Ehrmantraut & Montedonico, Chtd., from 1983 to 1988.  Judge Mitchell was acting general counsel and associate general counsel for the Maryland-National Capital Park and Planning Commission from 1988 to 1996.

Judge Mitchell serves on the Maryland Judicial Council’s Education Committee and is Chair of the Commissioner Education Subcommittee. She is also a member of the District Court Chief Judge’s Committee.  She has been an adjunct professor in the Department of Justice, Law and Criminology at the American University since 1999, and was adjunct professor at the Montgomery College Paralegal Studies Program from 2001 to 2003, the University of Baltimore School of Law from 2005 to 2011, and the George Mason University School of Law from 2010 to 2012.  She is a former member of the Maryland State Board of Law Examiners. 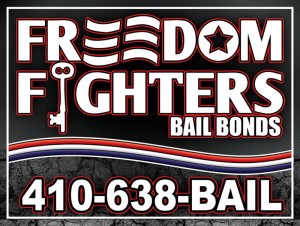 There are no upcoming events.
Cancel